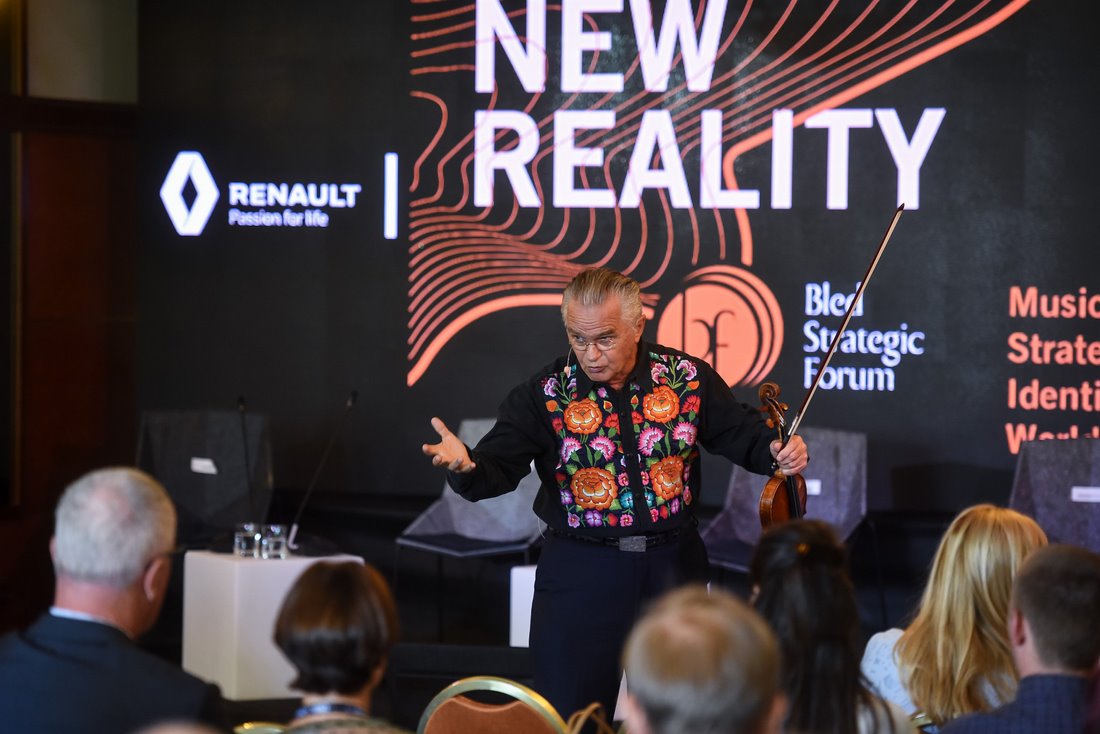 Mr Miha Pogacnik, a violinist, visionary and cultural ambassador of the Republic of Slovenia, presented at Business BSF his resonance platform, a method he uses to empower business and political leaders to experience classical music as a specific European strategy for vision, the mobilisation of human potential and action.

The concert violinist works with companies to, as he described it, bring resonance into organisations, a process which he presented in condensed form at the special panel entitled Musical Leadership Strategy – For a European Identity in a Multipolar World.

He said he realised the importance of resonance four years ago, when he played his violin at the Great Pyramids in Egypt, which he described as having “enormous resonance”.

The overarching aim of his action is to highlight the role and importance of culture, which Mr Pogacnik said was the most powerful inner substance, despite many people thinking that culture is not important.

Unlike such people, he puts culture at the top of the pyramid of human needs. Indeed, he said artists turned the pyramid upside down, making genius a basic need of theirs.

Mr Pogacnik argued in favour of passion in management as a means of creative stimulus, using the pattern of classical music composition as a blueprint for how managers should go about thinking about ideas.

By doing that, managers can filter out good ideas and focus on them instead of working on too many ideas at the same time and then ending up empty-handed. Mr Pogačnik sees this as a way of breaking the corporate cycle of pressure and panic.

In music, we are actively learning emotional intelligence. We realise that most of the problems cannot be solved in the head alone, Mr Pogačnik said, calling it “heartstorming”: changing the corporate culture requires changes in the heart.

Mr Pogacnik uses the same approach in working with the European Commission on what he described as “polyphonic European identity”, its aim being to find in each country the essence of culture that can play together with other country essences.

He said that geniuses such as the painter Cezanne in France, and the Romantic poets Goethe in Germany and Prešeren in Slovenia had succeeded in extracting such universal essences in their cultures. Art needs to be repositioned to regain a central role in society, he stressed.