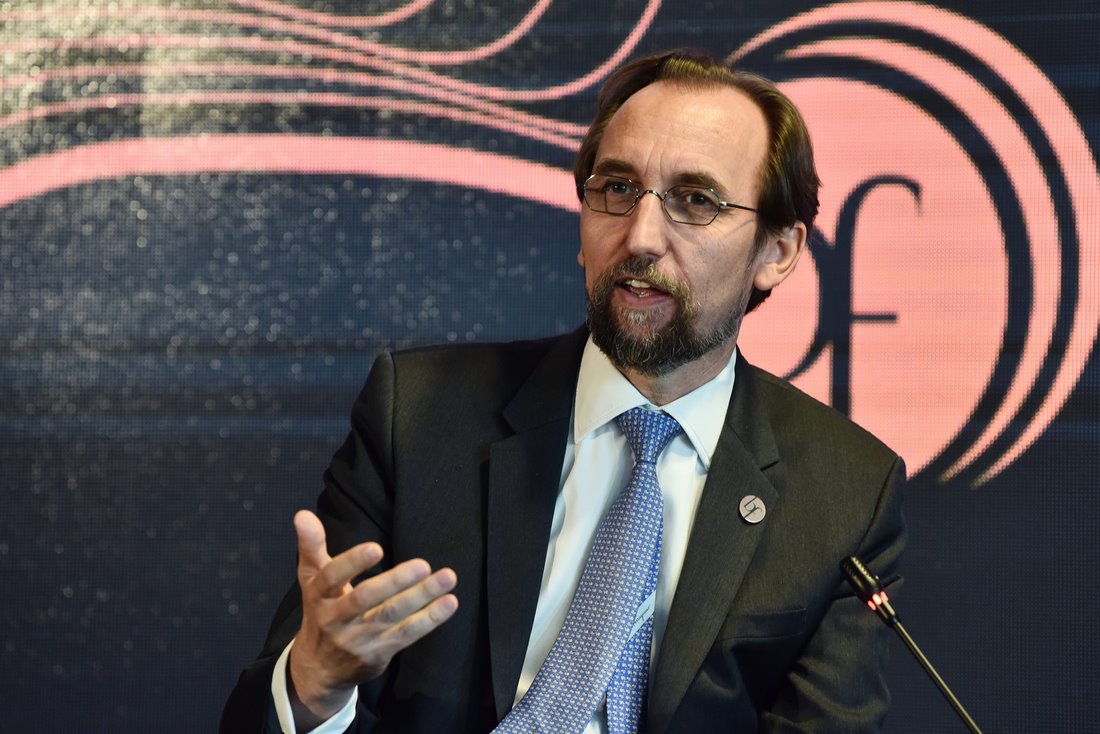 UN High Commissioner for Human Rights Zeid Ra’ad Al Hussein presented at the Bled Strategic Forum on Tuesday the office’s work and human rights developments in the world, noting an erosion of commitments built on the experience of enormous human suffering in the first half of the 20th century. He was very critical of the US president.

“That energy has been dissipating for 70 years now… We find a sort of half-hearted commitment to these treaties by those countries who should know better… Once you start justifying to yourself why it’s ok to torture, to undertake surveillance without court orders.. This is a fast downhill spiral into the abyss,” he said, speaking of a moment of great struggle.

He went on to present his office’s operations, pointing out it was present practically in every conflict in the world. He feels it is telling the office only occupies 3% of the UN’s budget, which makes him doubt whether a real commitment to human rights exists. “The Swiss spend ten times as much on chocolate every year.”

Asked by moderator Dan Damon of the BBC World Service to speak about US President Donald Trump, whom Al Hussein had described as somebody “recklessly driving the bus of humanity down a mountain road”, the UN official spoke of an unsettling capriciousness.

Invoking Trump equivocation of the sides in Charlottesville, he said the office of the US president was too important, too powerful and required a dignity that encouraged respect. Once you lose that respect, you can no longer use this power in fast moving situations.

He feels it is important to talk about Trump, because a stage has been reached where a single wrong tweet by Trump could send the US decades back in terms of racial conflicts, while there is also the issue of other countries mimicking the US. “We saw it with Cambodia”, where the press was attacked with Trump’s words.

Mr Al Hussein also indicated that Trump and the President of the Philippines Rodrigo Duterte hade contributed to the disappearing of a sense of shame in the international community that has been at least a minimal motive for fixing human rights issues.

Mr Al Hussein also touched on the situation in Myanmar, saying the reports coming from there about the persecution of Rohingya Muslims were comparable to atrocities being committed by ISIS. He feels Myanmar’s leader Aung San Suu Kyi should resign if she cannot exercise any effective power.

Meanwhile, as to potential ways to strengthen the Office of the UN High Commissioner for Human Rights, he spoke of efforts to diversify the basic financial support and to decentralise, increase the organisation’s presence on the ground.

However, he stressed that “the UN cannot carry the entire load” of human rights violations in the world, with many countries choosing to look away.

“It is true that we have trade relationships, but in the end if we don’t have a stable world, if everything is falling apart?…The world is perfectly breakable, we have broken it in the past,” Mr Al Hussein warned.