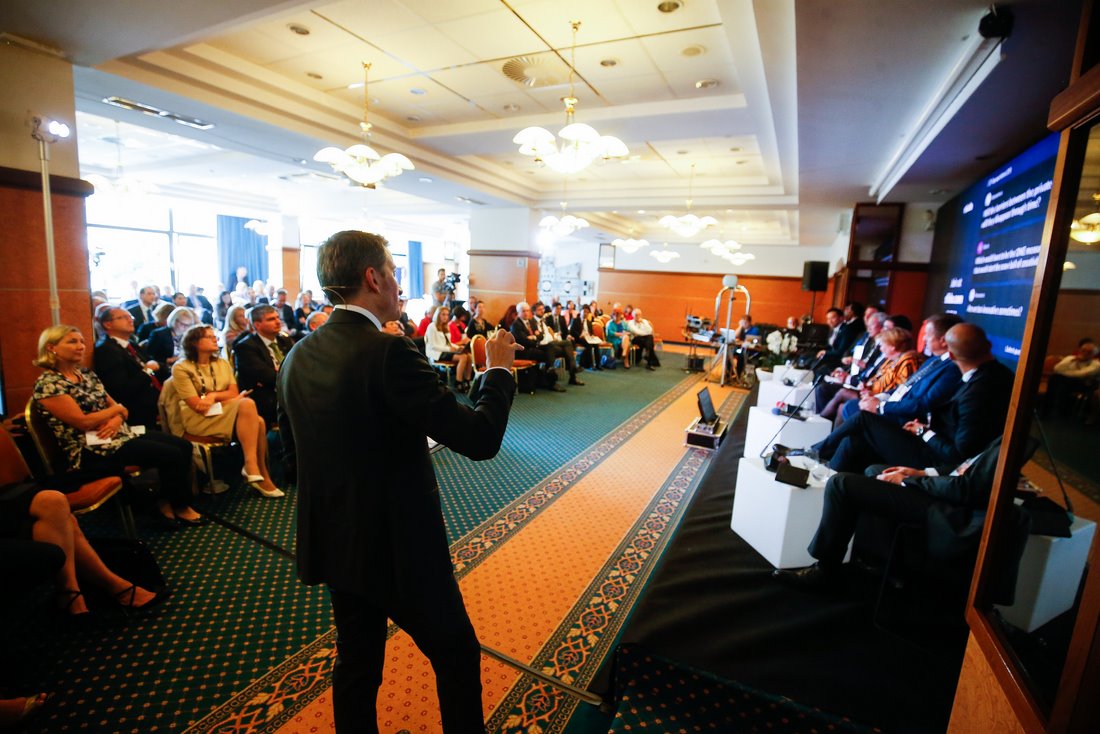 Innovation will always be faster than regulation, but government must follow, was the main thought of the Role of Innovation in New Reality panel at Business BSF.

In the introduction to the panel, the moderator, Mr Marco Steinberg, Founder and CEO of Snowcone & Haystack, Finland, pointed out that new logics defy the inherent logics of the governments. “So, the governments are facing the pressure to innovate themselves to address these new logics.”

Mr Boris Koprivnikar, Minister of Public Administration of the Republic of Slovenia, outlined the role of the government as writing down regulations for everybody and ensuring common services and infrastructure for everyone. This is a major distinction between companies, which work for profit, and the government, he noted.

Touching on the proverbial sluggishness of the state in responding to change, Mr Koprivnikar acknowledged that the process of overhauling legislation was slow and that governments should respond faster to innovation. However, innovation will always come before legislation.

Mr Gregor Potočar, Managing Director at SAP Slovenija, Slovenia, moreover, noted that the business sector cannot request from the government to regulate artificial intelligence or robotics, “because we’re moving too fast”. That is why, according to him, businesses must start communicating more and establish new standards of business ethics and morals that will later become legislation.

Speaking about practice in Hong Kong, Mr Michael Lau, Senior Wealth Management Manager at AIA International, China, further stressed that the government invested heavily into education and research, “but ironically speaking from the business side, from the private sector, always complain, because the scientific research or innovation in
research doesn’t necessarily help the manufacturers or enterprises solve the problems they currently face”. “The government might have a very good long-term plan for innovation, but the business sector doesn’t necessarily accept it or react positively to it.”

The debate also touched on the world and the change it is experiencing at an ever-faster pace, with Mr Junji Tsuda, Representative Director and Chairman of the Board at Yaskawa Electric Corporation, Japan, stressing that change was exponential.

Mr Ranko Jelača, Member of the Management Board of Telekom Slovenije, Slovenia, noted that people wanting to embrace innovation must be open-minded and that companies also have to adapt to new realities. Mr Robert Trnovec, Director General at Microsoft, Slovenia, moreover noted that corporation needed to have two things to succeed: a clear vision and that vision embedded into their corporate culture.

To conclude, Mr Steinberg stressed that the context we had lived in “is probably changing at a rate that’s hard to predict”. According to him, traditional ways of thinking about things are being revisited: “I actually think that meeting our long-term sustainability is actually in the interest of business.”