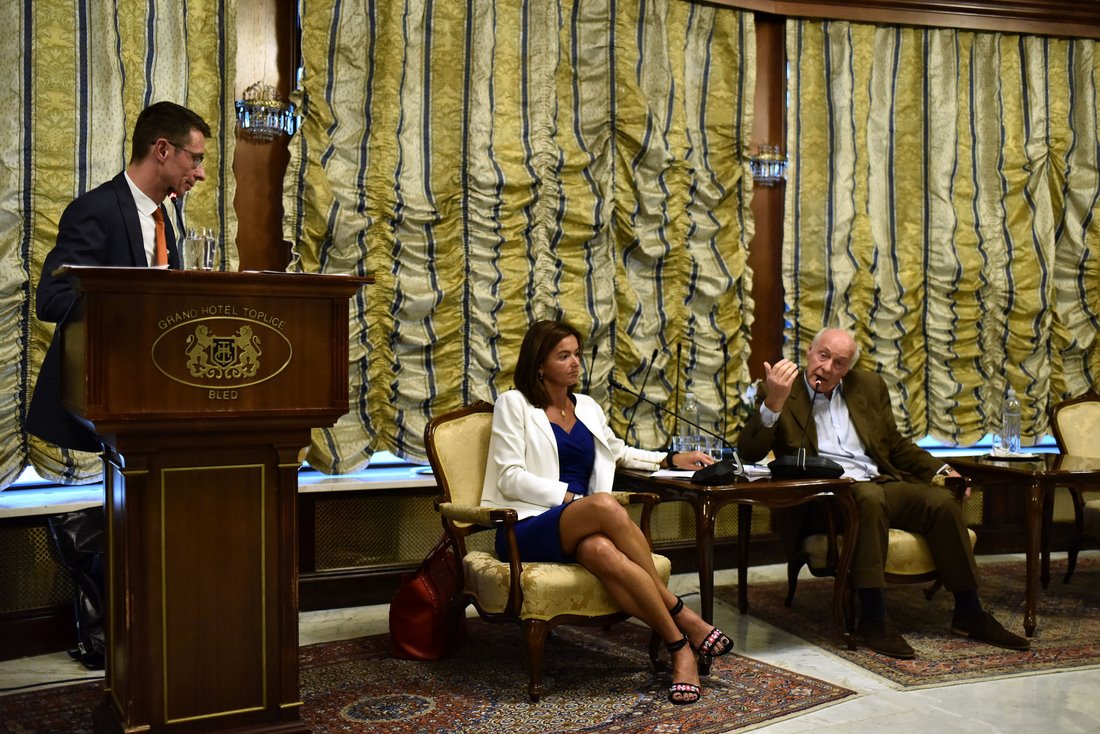 A Bled Strategic Forum panel on the future of Europe, featuring MEP Tanja Fajon and Jacques Rupnik of Le Centre de recherches internationales (CERI), identified the reclaiming of a political project in Europe as key for preventing an unpredictable future. The panel was moderated by Dragan Barbutovski, director of Think Europe.

Mr Rupnik argued that 1989 ended the ideas of a big future, ended big ideologies, not only the socialist promise, but it also of development that goes beyond today’s reduced conception of the future as something that only has to do with science and technology.

Ms Fajon, a Slovenian MEP of the Social Democrats (SD), highlighted the lack of clear leadership in the EU, which has consented to concepts of inclusion and exclusion, of closed and open societies. According to her, Europe has regressed to nationalism, individualism among member states and societies, to a situation where almost all “decisions in the EU are based on a phone call to Berlin”.

Mr Rupnik spoke of three scenarios: the good, the bad and the ugly, but noted that different scenarios already reintroduced the idea that we can do something about it. He also warned about getting one dominant power, saying this would mean the unravelling of Europe.

“Yes, we need leadership after a too long era of manager politicians… In crises, these are no longer good enough,” Mr Rupnik said, stressing that “Europe needs to reclaim itself as a political project”, address key issues and in this way also get a chance to reconnect with the citizens.

Touching on young people and politics, Ms Fajon pointed to abstinence among young voters in the Brexit vote, saying young people need to become more engaged. She noted that while young people today have more than ever before, they need to be provided with real opportunities, with jobs, with a chance to develop. Mr Rupnik expressed reservations about betting everything on young people, saying they could just as well stray into radical movements.

Another issue in Europe today are parties, which are failing to adapt to new realities, such as populist movements and the blurring of the left-right divide. Mr Rupnik argued that these categories need to get redefined – the only way to reclaim democratic politics is to help create European political subjects and for that you need a European public space – much like the Bled Forum, he added.

The debate returned to technology, with Mr Rupnik warning against getting obsessed with the idea that progress equals technological progress. One example is the internet, which has brought many good things, but it has also caused a segmentation of public space, a cacophony of permanent use, a tyranny of the present.

A final point was that changes are also needed to the current economic system, which serves the top 1%. Mr Rupnik urged Europe to set its terms for a globalised world, or else it will be forced to choose between the American and Chinese models.