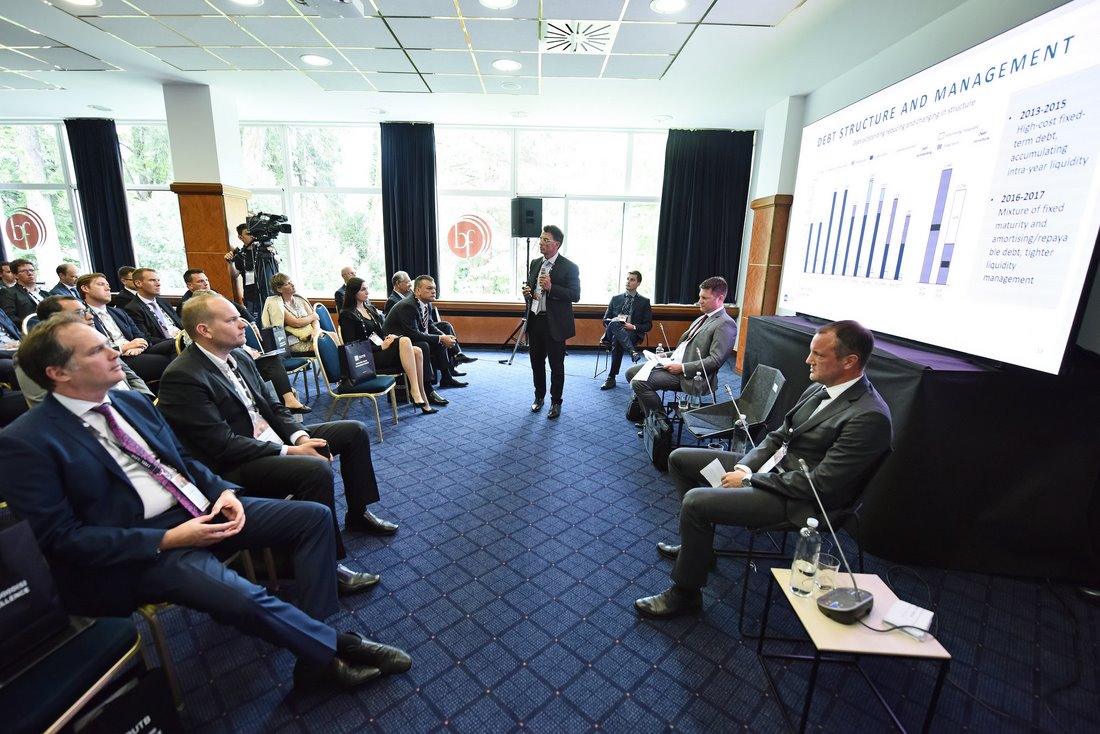 Dr Imre Balogh, the CEO and Executive Director of BAMC, presented the BAMC and its operations in general. He recalled how the BAMC was created in the aftermath of a crisis that sharply increased debt, unemployment, the budget deficit and the share of non-performing bank loans, in what Mr Balogh said was a rollercoaster.

After 2013 significant measures were taken, including the establishment of the BAMC, and Slovenia regained momentum to now become one of the best performers in the EU, Mr Balogh said.

Mr Balogh said the BAMC had made a significant contribution to the improvement, as it took over non-performing loans worth 16% of Slovenia’s GDP in 2013; additionally, about 12% of Slovenian GDP was in companies it took over. If the bad bank had done the job badly, it would have a serious negative effect on the economy, he said.

The BAMC’s mission is to cash the assets as fast as possible, repay the debt, and be a catalyst for corporate governance in companies in which it has a stake. In three and a half years since it started operating in earnest, it has already generated 1.5 billion in cash, meaning it is more than halfway through the realization of its mission, Mr Balogh said.

Mr Aleš Koršič, the BAMC’s Executive Director for Corporate Affairs, stressed that the good performance was underpinned by the well-regulated external framework, in particular the law governing the BAMC and the measures taken to firm up bank stability. He also outlined the governance structure.

He said that in three and a half years the BAMC has already sold 57 loans, of those 18 to foreign buyers, with total value of 301 million euro. It also raised 72 million euro by selling 33 equity stakes.