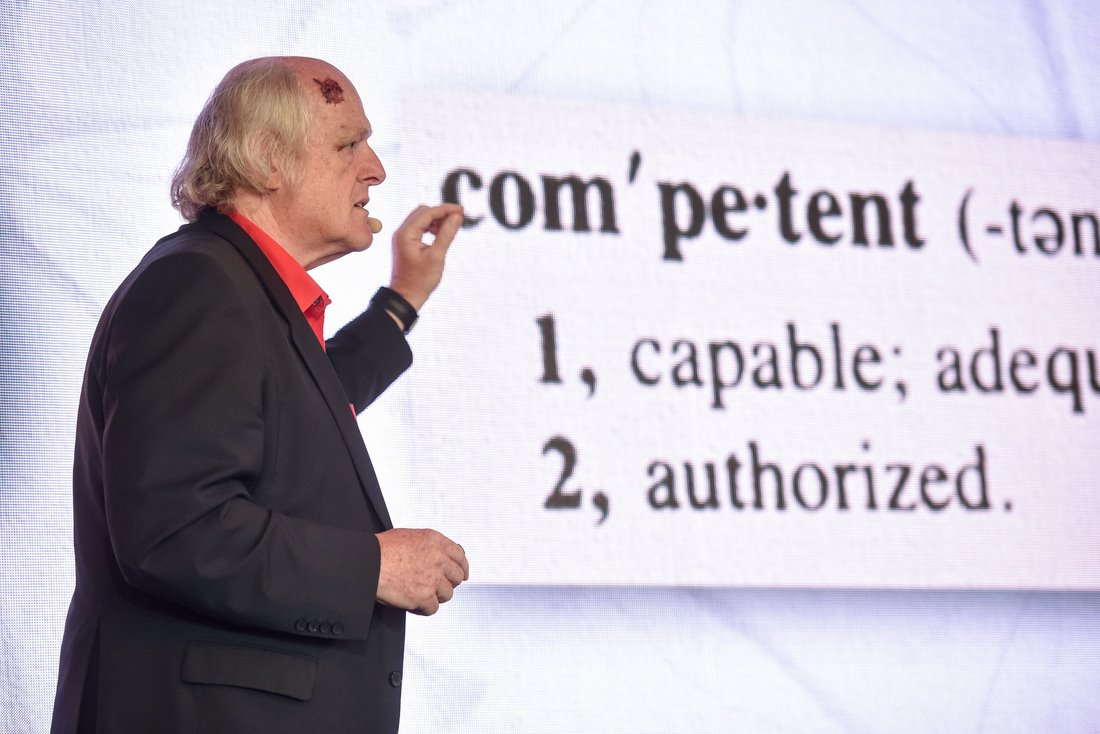 A motivational speaker at Business BSF stressed that we need a new kind of education system and organisation of work to adapt to the growing generation of 3-D smarts – people who have discovered their passion and are not afraid to disrupt the world by introducing new ideas.

Mr Jef Staes, who works for the Red Monkey Company from Belgium, is an international keynote speaker and three-time TEDx speaker, shared with the audience his knowledge about what is wrong in our system, noting that “education breaks people” and that “we need a new kind of solutions”.

According to Staes, we have to destroy things to create new things as part of what he calls creative destruction, in which new ideas are being heard and talked about. But this is hard because a lot of people are afraid of disruptions and destruction.

Describing the transformation of the world, he noted that in what he calls the 2-D age, people experienced information shortage and they could not learn at home.

Today, we are experiencing an information explosion – we have the internet and live streaming, we have fake news, we have a lot of information and the “world is not flat any more”.

What is happening is a switch from the 2-D world to a 3-D world, he said, stressing that “we are facing a battle of species” as a new generation of the so-called 3-D smarts is emerging.

Staes believes that a new education system needs to be established to allow people to express their passions, otherwise they become sheep and all they are looking forward to in their work is “function description and yearly performance appraisal”.

“The result is that if you put fences around people, you get sheep”, he said, noting that “80% of people are not engaged in what they do, they go to work to be sheep, they don’t learn, and are just there to get their salary”.

According to Staes, we need an environment where people function and work in “flow with themselves”, as real learning only happens if you are “in the groove with your talents”.

The problem is that “we forget to put a tag on our talents” from a very early age and then the whole life becomes a discovery of who you are, and the sad thing is that many people never make this discovery.

3-D smarts are meanwhile resetting their boundaries as they are “addicted to their talents” and are discovering their passions, they are improving themselves every day and it produces dopamine, which is like “having an orgasm at work”.

The government(s) should thus create an environment where it is possible to develop new ideas such as crowd sourcing and funding, sharing economy, creative destruction and new democracies, which are “going faster and there is no stopping”.

Really successful and innovative companies got rid of the power defect, they do not live in a consensus and instead they make room for conflict as it produces disruptive ideas, which in turn produce innovation.