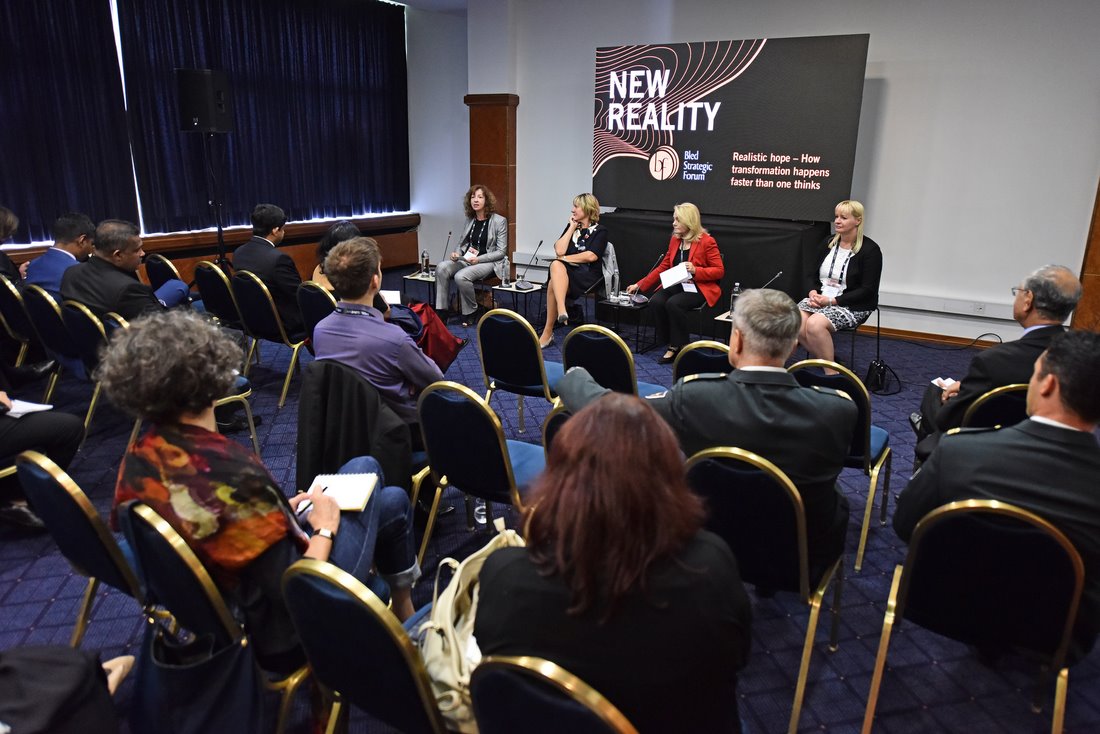 The Bled Strategic Forum panel Realistic Hope – How Transformation Happens Faster than One Thinks argued in favour of realism instead of optimism or pessimism. The debate touched on ways of alleviating poverty, on how to create visions, and on how people should engage with the future.

Ms Claudia Juech, Executive Director of the Cloudera Foundation, focused on poverty reduction. She noted that while a few years ago organisations dealing with poverty were expecting to no longer have anything to do as the future was looking good for poverty alleviation, today there is a new reality marked by slow economic growth, xenophobia, and official development aid had significantly decreased. All this is making the challenge of lifting those who remain in poverty harder.

But despite the persistent challenges, there are tools to alleviate poverty: innovative finance (non-traditional mechanisms such as special bonds and microtaxes to raise additional funds for development), and big data. But these will not solve poverty by themselves. This requires political will, an enabling environment, and collaboration of the private sector to really succeed.

Ms Alenka Smerkolj, Minister without portfolio responsible for Development, Strategic Projects and Cohesion of the Republic of Slovenia, talked about Slovenia’s development strategy. She said it was her firm belief that a society needs a vision to deal with uncertainty. This requires going out, engaging with people, and trying to shape the vision around what people want.

Ms Smerkolj said that creating the vision was a very challenging but very enlightening exercise, but she stressed that the toughest job was starting now: turning the vision into strategy, and then converting both into action.

Meanwhile, Dr Angela Wilkinson, Senior Director of the World Energy Council, stressed that all people were learners learning about the future. This requires a stance of humility and courage. She argued for making learning contagious, which requires having a conversation. To learn about the future, it is necessary to create good spaces for conversation.