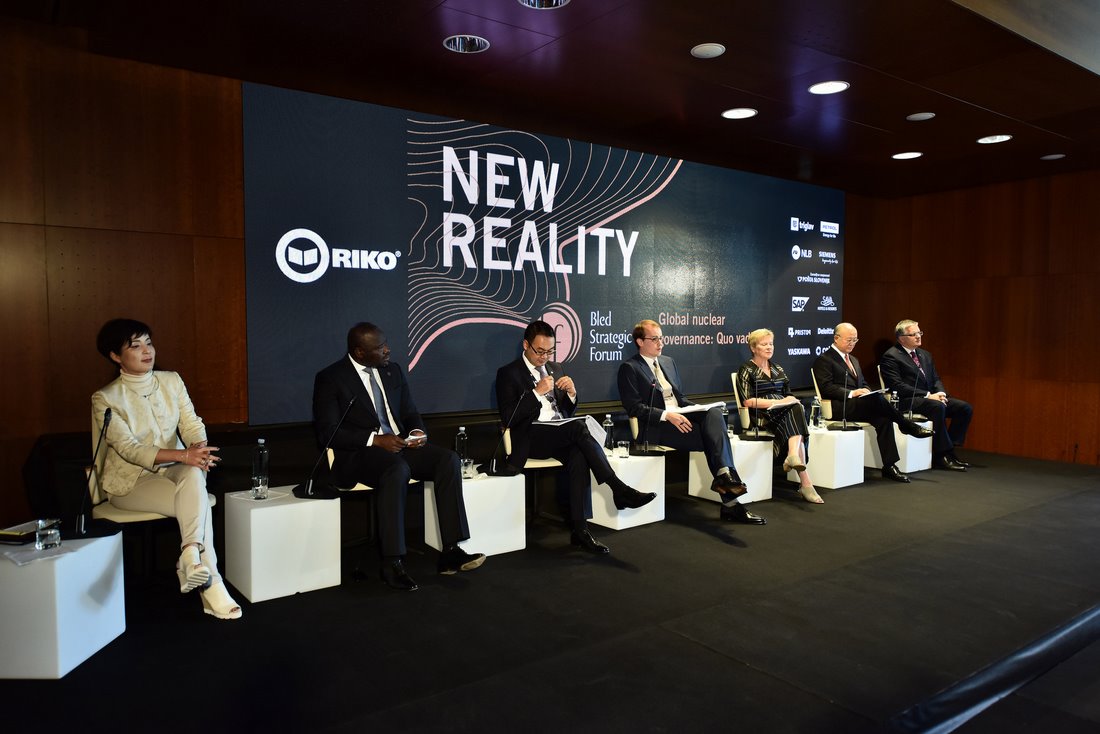 Participants of a debate on the global nuclear governance on the second day of the Bled Strategic Forum (BSF) agreed that recent actions by North Korea are not a regional but a a major global security threat. Ms Enna Park, Ambassador for Public Diplomacy at the Ministry of Foreign Affairs of the Republic of Korea, said that condemning the nuclear tests was not enough and called for concrete action on the part of the international community.

She believes North Korea is abusing the non-proliferation regime. The country acquired the material and equipment in line with international agreements, but now it is conducting nuclear weapons testing, which poses a great threat to the whole world and the Nuclear Non-proliferation Treaty (NPT) regime. »No country is safe from these treats,« she stressed.

Presenting the history of anti-nuclear efforts, H.E. Dr Lassina Zerbo, Executive Secretary of the Comprehensive Nuclear-Test-Ban Treaty Organization, said that today the implementation of the agreements seem to be in a limbo. He believes it is up to the international community to show guidance and the Comprehensive Nuclear-Test-Ban Treaty Organisation to help and offer assistance on good nuclear governance and thus contribute to non-proliferation of nuclear weapons.

Mr Yerzhan Ashikbayev, Deputy Minister of Foreign Affairs of the Republic of Kazakhstan, said that his country had gotten nuclear infrastructure as a legacy from the Soviet Union, but later on the president had decided to give it up and turn Kazakhstan into a non-nuclear country.

Hon. Rose E. Gottemoeller, Deputy Secretary-General of North Atlantic Treaty Organization (NATO), pointed to the efforts of the US and Russia to decrease their nuclear capabilities, saying that both countries honoured international treaties and constraints and that none of them have any intention of increasing them. She also expressed hope that President Donald Trump will encourage Russia to continue on this path.

The US has also strongly condemned the recent nuclear testing conducted by North Korea, she said, but noted that NATO was a nuclear armed alliance in Europe and that this was an important part of the alliance’s capabilities. She also said she saw no value added in the Nuclear Weapon Ban Treaty, arguing that it may even undermine the NPT regime.

H.E. Mr Yukiya Amano, Director General of the International Atomic Energy Agency stressed, that nuclear tests conducted by North Korea were not a regional but a global threat. He urged caution in the use of nuclear materials by developing countries. This does not cause risk if all precautionary and safety measures are taken. He admitted that
nuclear technology had a wide range of use, for example, in the treatment of cancer and cardiovascular disease, agriculture, etc.

Presenting the view of the EU on the matter, Ambassador Jacek Bylica, EEAS Principal Adviser and Special Envoy for Non-proliferation and Disarmament, stressed that the EU stood for global governance and the respect for international treaties and institutions. The EU neither promotes nor discourages countries from the use of nuclear energy. It’s a sovereign decision of any state. However, it insists on respect of the strictest security measures.