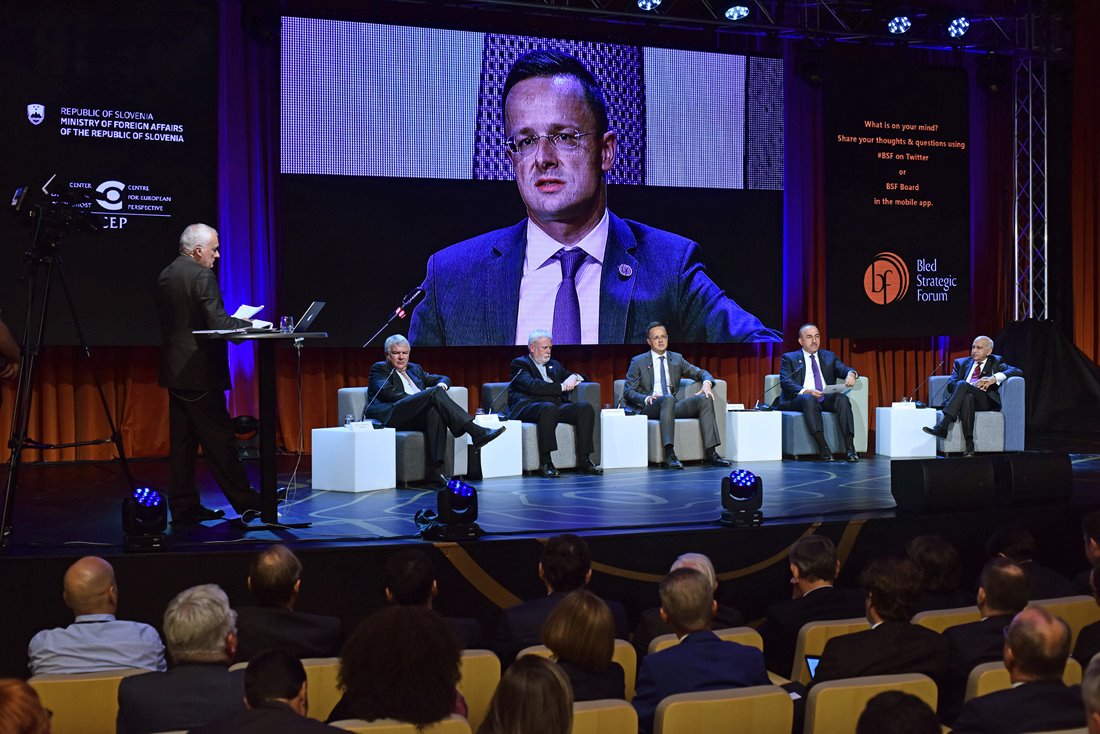 A number of topical issues topped the agenda of the special BSF panel, running under the title A New Vision for a New Reality, including migrations, Syria and relations between the West and Russia.

H.E. Mr Mevlüt Çavuşoğlu, Minister of Foreign Affairs of the Republic of Turkey, stressed that 65 million people were displaced around the world, which is the highest number since the Second World War, and yet “we are living in the most peaceful period”. According to him, one of the key questions now was how to face this development and how to help these people at the time of rising anti-immigrant rhetoric.

Migrations will be a global challenge for the foreseeable future and there are no “quick fixes” to the issue, H.E. Msgr. Paul Richard Gallagher, Secretary for Relations with States in the Vatican, stressed. “The situation is such that we have to look to the future and become involved. We also have to be very careful that in whatever actions we take and regulations we develop and policies we approve, we do not undermine the fundamental international instruments which are there to protect those who are genuine refugees.”

Noting that the number of illegal migrants coming to Europe was down significantly because the European deal with Turkey works, H.E. Mr Péter Szijjártó, Minister of Foreign Affairs and Trade of Hungary, stressed that differences existed among EU members with regards to how to address migrations. He said that debates were under way, but the border was still not protected.

The debate further touched on Syria where Russia and Turkey hold similar views, according to Mr Aleksey Yurievich Meshkov, Deputy Minister of Foreign Affairs of the Russian Federation. “We have to guarantee fair election in Syria. Syrians themselves will have to decide who they want as president,” he stressed, adding that the international community had to stop the violence and organise humanitarian aid to the highest extent possible.

Inevitably, the debate also steered to the relations between the West and Russia, with the Russian deputy minister underscoring that his country wanted a stable Europe because it wanted predictability and trade. On the other hand, Europe in his view also wants a stable Russia: “I think we have a natural interest in the stability of our continent.”

Mr Szijjártó, moreover, urged Russia and the US to come to a “pragmatic” agreement on their relations, because without cooperation between superpowers, there “will be no solutions to major challenges the world faces”, including terrorism.

Terrorism was high on the agenda for H.E. Shri M. J. Akbar, Minister of State for External Affairs of India, who stressed that “the latest principle threat to international stability comes from terrorism”.

According to him, dialogue is really important, but there is no dialogue possible with those who are determined to destabilise regions. Terrorism “does not believe in the nation state…, which has become the principle building block of the architecture of stability. It is under threat, which is coming from terrorism. Those of us who believe in the nation  state, have to unite and come together”.

The debate, moderated by Dr Nik Gowing, International Broadcaster and Visiting Professor at King’s College, UK, was also addressed by Ms Patti Londońo Jaramillo, Deputy Minister of Foreign Affairs of the Republic of Colombia, who spoke about the situation in her country with regards to negotiations and a peace deal with FARC.