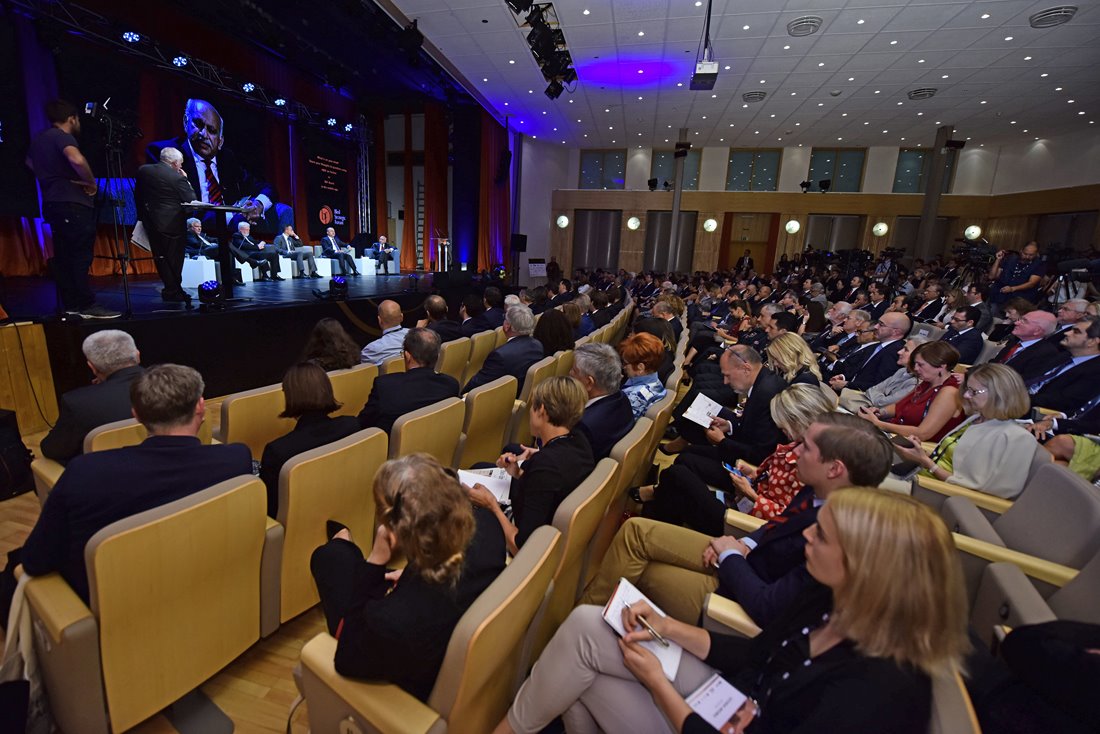 H.E. Mr Miroslav Lajčak, President-elect for the 72nd Session of the UN General Assembly, told a special panel at the Bled Strategic Forum that he was aiming to make a difference during his one-year tenure at the organization.
Mr Lajčak said he was bringing to the office 30 years of diplomatic experience, including as foreign minister, which brings professional and political and diplomatic perspective. He said he would abide by three principles: focus on the people, be mindful of outcomes of meetings, and achieving a balance between the UN’s three pillars of peace and security, development and human rights.
Mr Lajčak also noted how the UN General Assembly was a unique forum in that it brings together 193 members, and he wants it to be not just the most representative but also the most relevant forum discussing the most important issues. Too often, when there is a problem, instead of resorting to the Security Council or the General Assembly ad hoc forums are created with limited legitimacy and they usually fail to solve the problems.
Turning to specific tasks, Mr Lajčak said his top priority would be peace and in particular conflict prevention. “Last year we spent eight billion US dollars on peacekeeping, often in places where there is no peace left to be kept. I think we should do a better job at avoiding conflict.”
Quizzed about the latest escalation of tensions with North Korea, Mr Lajčak said diplomacy was the way to proceed. When North Korea is behaving extremely irresponsibly, the international community is exceptionally united, sanctions are adopted unanimously, but there is very little impact on the ground. Sanctions are not a policy per se, they are a policy instrument, but they must be used to achieve other political goals – and the proper means is diplomacy and engagement.
In general, Mr Lajčak sees a lack of dialogue and diplomacy in international affairs. “We don’t engage in dialogue with people with different opinions. We isolate them. We are locked in a group of like-minded countries speaking about each other but not to each other. And when we do sit and speak we usually exchange monologues but we are unable to hear what the other party is saying.”
Mr Lajčak admitted there would be challenges for the General Assembly during his tenure. He singled out terrorism and migrations as the biggest challenges that “we are not equipped to deal with”, highlighting the absence of a definition of terrorism and the lack of a legal instrument to deal with migration, even though it is an issue that affects every single individual.
Despite the challenges, it is necessary to use the full potential of the UN. There is no other platform, we have to talk to each other and listen to each other, he said, noting that there would be some frustrations but he hopes that there will be some successes too.
Source: Slovenian Press Agency