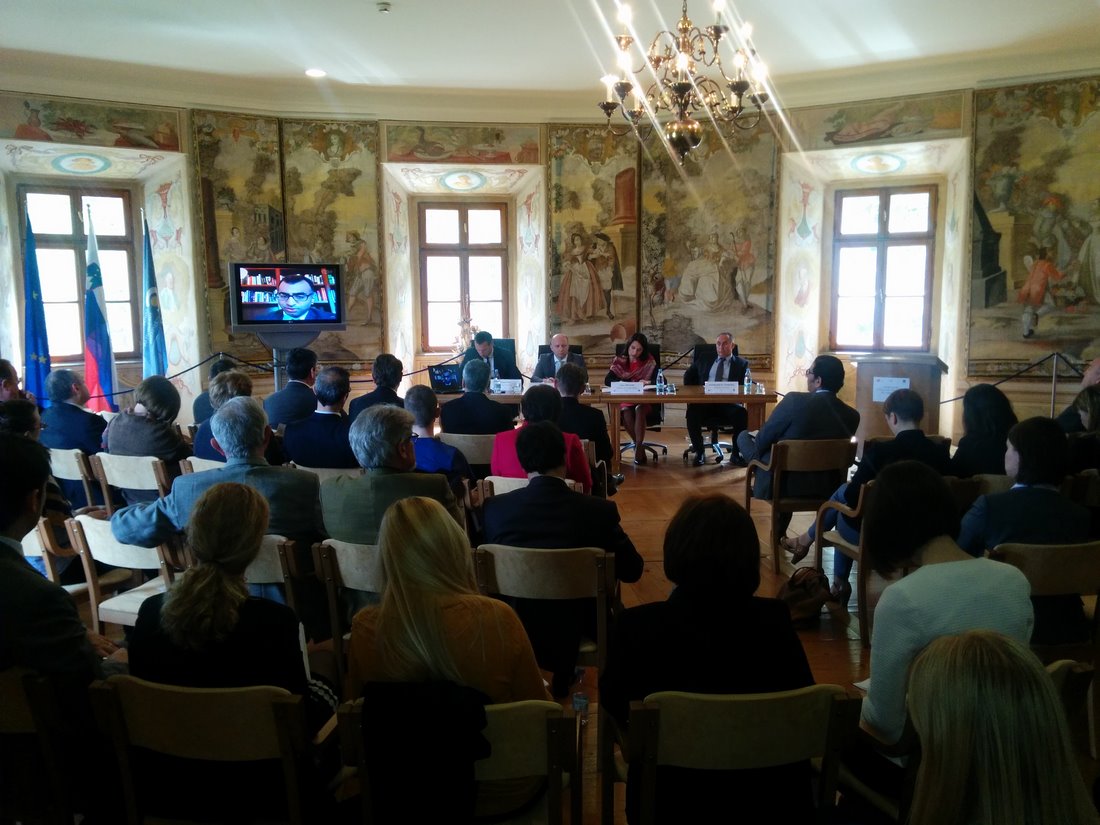 On 13 April 2016, the Centre for European Perspective (CEP) held a round table entitled “Migrations – Challenge that must be Addressed”.

An official welcome of the participants by the Executive Director of CEP, Dr Gorazd Justinek, was followed by H. E. Ambassador Mr Brent R. Hartley keynote remarks in which he pointed out the need to work together globally to save the migration issue. Political Director at the Ministry of Foreign Affairs, Mr Tomaž Lovrenčič, had also welcomed the guests and highlighted the need for these kind of discussions. Mr Jerry Kalarickal, Program officer for the Balkans at the U.S. Department of State, delivered an impulse directly from the U.S. and reiterated the focus on saving lives and protecting human rights of all migrants. He had also welcomed the agreement reached between EU and Turkey as a very important step towards solving the problem at hand.

The introductory part was follow by a panel discussion with Prof. Dr Abdelhamid El-Zoheiry, president of theEMUNI University, Mr David Brozina, Director General of the Directorate for European Affairs at the Ministry of Foreign Affairs and Ms Nina Gregori, Director General of Administrative Internal affairs, Migration and Naturalization Directorate at the Ministry of Interior. The panel was moderated by Mr Peter Grk, Secretary-General of the Bled Strategic Forum.

Touching upon issues such as the agreement between EU and Turkey, integration of refugees, common EU asylum system and security issues, a fruitful discussion concluded with a promising idea “Think Europe”.

* The project was financed by the Embassy of the United States in Ljubljana under the framework of the NGO Small Grant.