We kindly invite you to the round table discussion »Light at the End of the Tunnel: Western Balkans & the European Union Part II«.

Round table will be held on Thursday, 7 December 2017, starting at 11 am, followed by a Pre-New Year’s Reception starting at 1 pm, at Jable Castle (Grajska cesta 1, 1234 Loka pri Mengšu, Slovenia).

The discussion will build upon the panel on the Western Balkans of Bled Strategic Forum 2017 that confirmed a clear message: the EU enlargement process carries a transformative power for the countries in the region (this message was supported by EU representatives, clearly stating that the future of the region lies within the EU). While the common values of the region and the EU are a strong driving force for both sides, some ministers still speak of alternatives, saying that a high level of support should not be taken for granted.

Moderated by Mr Peter Grk, National Coordinator for Western Balkans, Ministry of Foreign Affairs of the Republic of Slovenia.

The discussion will be followed by a pre-New Year’s Reception, hosted by the Centre for European Perspective.

Event is organized by the Centre for European Perspective in cooperation with the Bled Strategic Forum international conference and the Ministry of Foreign Affairs of the Republic of Slovenia. 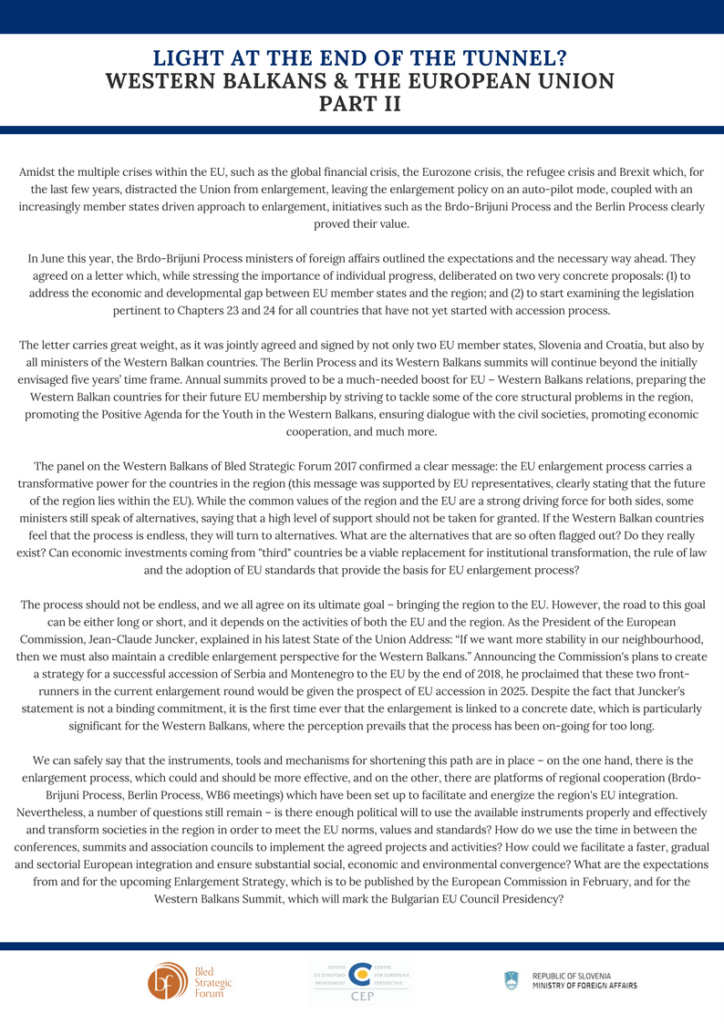