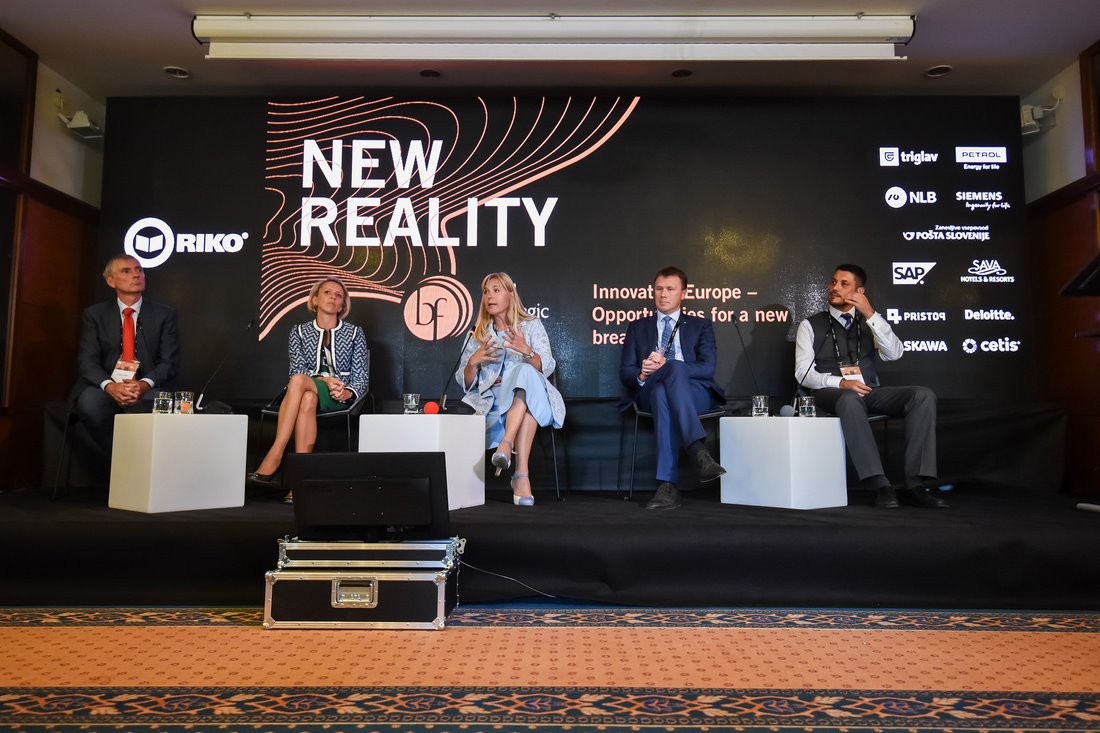 The innovation environment in Europe, its obstacles, advantages and opportunities, were discussed at the final panel of Business BSF, entitled Innovative Europe – Opportunities for a New Breakthrough.

“The EU has been challenged, we are becoming more and more aware of the problems, but the solution is in all of us,” Ms Violeta Bulc, European Commissioner for Transport, stressed in opening the debate. She believes innovation is permeating all levels, and above all the EU must have the courage to innovate at the level of structures.

“We have to dare to bring a fresh wind that will address the challenges we have been able to identify to people, politics and institutions.” Pushing through her core message, the commissioner stressed: “Get engaged, don’t stay back, there will be more and more engagement models that you can use, but please create some on your own. We need to feel the power of democracy.”

Ms Trencheva stressed that potential lies in “the combination of innovation at different age, different ethnicities, different cultures – in these people, these cultures creating something together”.

Ms Lončar, moreover, pointed out that we live in an exciting period of time, when the size does not matter, as small countries can also get their piece of the cake at the global level.

On the other hand, Mr Sandi Češko, CEO of Studio Moderna, and Mr Yuri Sidorovich, Managing Partner and Forensic leader for Deloitte’s Adriatic Region at Deloitte Slovenia, pointed out several obstacles, including Europe’s support for start-ups.

According to Mr Češko, Europe has a good start-up scene, “but we don’t have the environment to scale up those opportunities”. Mr Sidorovich even argued that Europe was not really as innovative as we would like to think, which prompted Mr Češko’s call for stepping out of the old paradigms.

Mr Krusteff, on the other habd, noted that the EU was a fairly new bloc, a start-up when compared to the US. Nevertheless, this does not mean that Europe should be satisfied. It is time for action, “we all need to act”, we need to understand the industrial revolutions 4.0, he said as he presented the manifesto blueprinted by Young BSF over the weekend. The manifesto consists of “ten applicable” policy recommendations in the fields of electronics, environment and economy, including promoting sustainable consumption, technology inclusiveness and an overhaul of education.