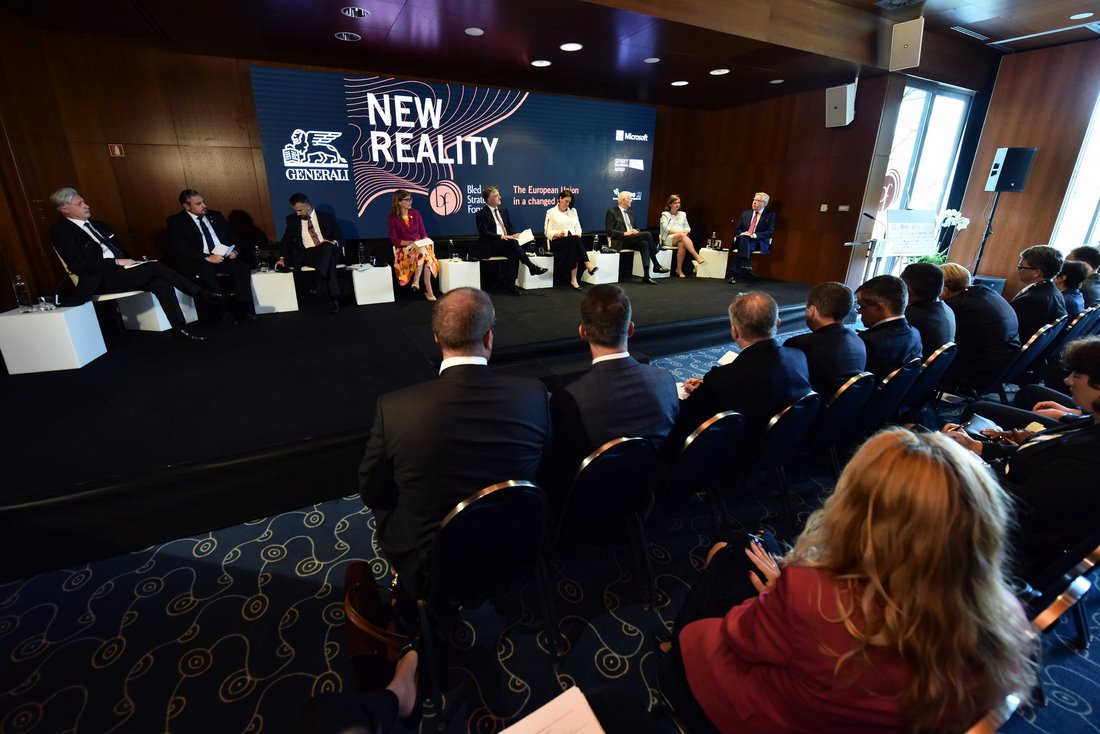 The EU is facing numerous challenges, including a crisis of trust and identity. The key to the EU’s future lies in convergence, integration, cooperation and attention to people’s needs, heard the Bled Strategic Forum panel entitled The European Union in a Changed World.

Ms Nathalie Loiseau, Minister for European Affairs of the French Republic, said this was a time of increasing instability and unpredictability. This needs to lead to the realisation that the EU is the answer to our questions, she said, highlighting the importance of convergence between member states rather than competition among them.

Ms Loiseau additionally stressed that citizens wanted results, they were not interested in institutional debate. Citizens need to be asked what they want, and the EU must be capable of responding to their needs, something which it has long neglected.

Convergence and cooperation were also highlighted by H.E. Dr Teodor-Viorel Meleşcanu, Minister of Foreign Affairs of Romania, who is convinced that the EU must be based on people-centric values, principles and policies. What people are concerned the most is security, which is why this needs to be a priority. We can create a better Europe by working together, he said.

H.E. Ms Ekaterina Zaharieva, Deputy Prime Minister for Judicial Reform and Minister of Foreign Affairs of the Republic of Bulgaria, agreed that the first question that needed to be asked was how changes will affect the people’s everyday lives. She argued that the only possibility when it came to the future of the EU was continued integration.

H.E. Mr Andrei Galbur, Deputy Prime Minister and Minister of Foreign Affairs and European Integration of the Republic of Moldova, stressed that it was necessary to enhance unity and solidarity, and create a strategic vision of the future. Despite its shortcomings, however, the EU remains the best model for ensuring people’s prosperity, one that countries like Moldova are looking up to.

Mr Galbur said this was why the EU had the biggest impact on the transformation of these countries, which needed encouragement when it comes to reforms. He said the message he wanted to send to the EU was that it should not scale back its intentions to spread the European idea.

Ms Violeta Bulc, European Commissioner for Transport, recalled the fundamental principles and purpose of the EU. She is convinced it is necessary to expand the spirit of the EU, which she argued was characterised by integration, partnership, an open society and an open economy.

Ambassador Iztok Mirošič, State Secretary at the Ministry of Foreign Affairs of the Republic of Slovenia, is convinced that the future of the EU would rely primarily on whether decisions are taken in the framework of economic or political debate, with convergence a part thereof. He opined it would probably be able to form a new social and cohesion system.

Mr Pat Cox, Former President of the European Parliament, said the brutality of the economic crisis had affected trust and created a chasm between northern and southern member states. These challenges need to be faced.

Mr Aleksandar Andrija Pejović, Minister of European Affairs of Montenegro, focused on the perspective of EU aspirants. He argued against package solutions and in favour of individual treatment of candidate countries, but the candidates also need to cooperate and do their reform homework.