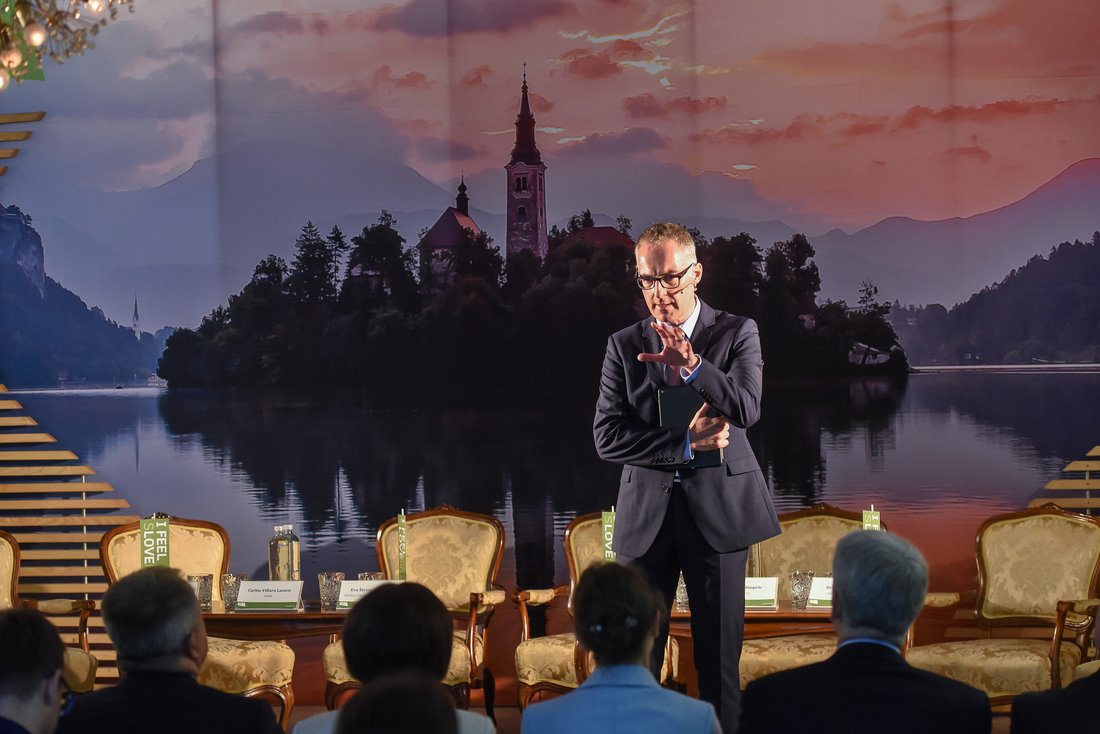 The many challenges posed by the collaborative economy, most notably tourism’s impact on cities and how to regulate new providers and rentals, were in the focus at the Tourism Panel at the Bled Strategic Forum entitled The Collaborative Economy: Sharing, Cooperation or Simply Business?

The participants acknowledged that the collaborative economy was now anintegral part of the sector and required adjustment by established players. However, they also called for greater clarity in the sector, which should include sharing of data by the big platform providers with the authorities. This would make it easier to track the trends, collect taxes and protect competition.

Some of the proposals made included stricter requirements regarding registration of providers, and mandatory sharing of information for regulatory and tax purposes. However, there were also warnings against a heavy-handed approach given the many benefits of the collaborative approach.

Ms Maja Pak, Director General of the Slovenian Tourist Board, noted that the collaborative economy had redefined the tourism industry and would continue to disrupt the entire sector. The challenge now is to live with these changes, she said in reference to cities overwhelmed by tourism, and make sure the playing field is level for everyone.

Mr Zdravko Počivalšek, Minister of Economic Development and Technology of the Republic of Slovenia, noted that Slovenia expected a record 2017, but this growth was bringing new challenges. He suggested one solution to address people’s concerns about influx of tourists was to disperse tourists geographically.

Mr Manolis Psarros, CEO of Toposophy from Greece, said in his keynote address that sharing as an economic model was not new, but what really changed in recent years was the availability of digital tools making it very easy for everyone to share their time or assets in the collaborative economy.

Mr Psarros also stressed that accommodation provider AirBnB, the biggest player in the collaborative economy in tourism, has been outperforming established players growth wise and is on track to becoming the leading player in the industry. It has also been expanding and is now affecting virtually all segments of the rental sector.

Given projections about the growth of the collaborative economy, it is now questionable whether it is still an alternative business model at all or just a way of doing business, Mr Psarros said.

Mr Carlos Villaro Lassen, Secretary-General of the European Holiday Home Association from Denmark, said regulation should not seek to protect hotels, which are doing fine. It is a problem in cities, but in rural areas the collaborative economy is an opportunity to grow local economies.

Mr Klemens Himpele, Head of Municipal Department for Economic Affairs, Labour and Statistics at the City of Vienna, noted that AirBnB was not currently a problem in Vienna, but if the listings expend to more than the existing 8,000, it could become a problem.

Mr Christian de Barrin, the CEO of HOTREC – Hotels, Restaurants and Cafés in Europe from Belgium, noted that competition was also an issue as hotel occupancy has been decreasing because of the currently unlevel playing field. He suggested the skewed competition was hampering investments in tourism.

Dr Janja Hojnik, Professor at the Faculty of Law, University of Maribor, Slovenia, pointed to some other legal challenges, for example where to litigate and which laws to use in disputes. So, this is about enforcement. Perhaps we should start thinking that we cannot make everyone happy, there are so many different stakeholders.

Ms Daniela Wagner, Director for Europe, Middle East and Africa at PATA – Pacific Asia Travel Association from the UK, said it was about dialogue and cooperation, about finding a middle road. One of the things we have learned is that learning from other people’s mistakes and practices is the best way, she said.