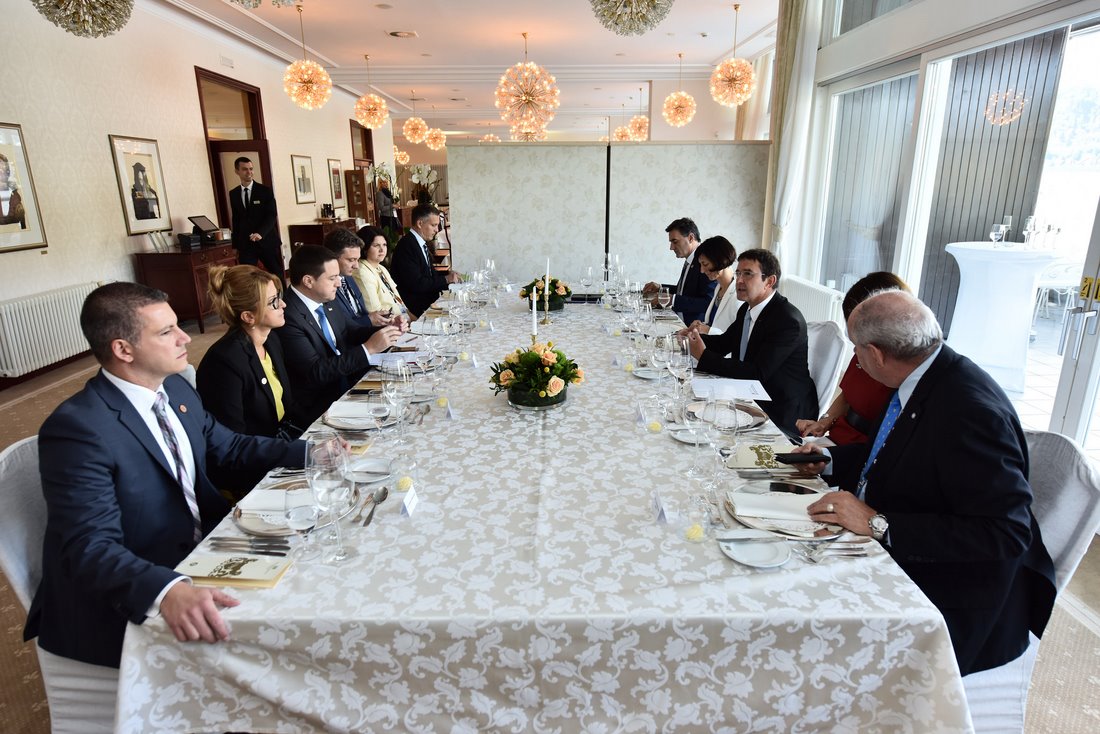 Monday, 4 September, at a working lunch titled »Digital Lunch«, the Deputy Prime Minister and Minister of Public Administration of the Republic of Slovenia Boris Koprivnikar welcomed and hosted ministers from the Western Balkan region and ministers from the Member States of the South-East European Cooperation Process (SEECP).

“Digital Lunch” presents a follow-up to last-year’s Ministerial Meeting that was organised as part of the Bled Strategic Forum 2016 on “Digital Transformation of the Western Balkans”. There, countries committed themselves to continue cooperation in the field of digitalisation. At the same time, they supported the Common Digital Initiative which was signed by the chairmen and CEOs of the Chambers of Commerce in the Western Balkan region, who were also present at the said meeting.

The Digital Lunch was attended by representatives from Montenegro, Greece, Croatia, Macedonia, Kosovo and Serbia.

In his introduction, the Deputy Prime Minister and Minister of Public Administration and the host of the meeting Boris Koprivnikar presented the achievements and areas of work of the Slovenian Ministry of Public Administration which is also responsible for the state IT and the field of information society. He stressed the importance of Open Data and the possibilities of its use. Slovenia has incredibly well-developed trust services which are integrated with the economy, banks and insurance companies. Among Slovenia’s many achievements, Minister Koprivnikar mentioned e-Invoices and blockchain technology. The latter is an area where Slovenian companies are achieving great success. The centralisation of the state IT was also one of the topics discussed during lunch; Minister Koprivnikar explained that this is a long process, as it requires a lot of negotiations; however, that it is essential for continuous development of the state IT.

This in-depth conversation concluded with an invitation by a representative from the Republic of Serbia, which will take the initiative from Slovenia and host the next year’s ministerial meeting of the topic of digitalisation.

All present agreed that the cooperation should be strengthened, especially in the areas pertaining to digitalisation, where all countries face the most challenges.

Minister Koprivnikar concluded that Slovenia will certainly continue to help their neighbouring countries in the region by providing its best practices and cutting-edge expertise.