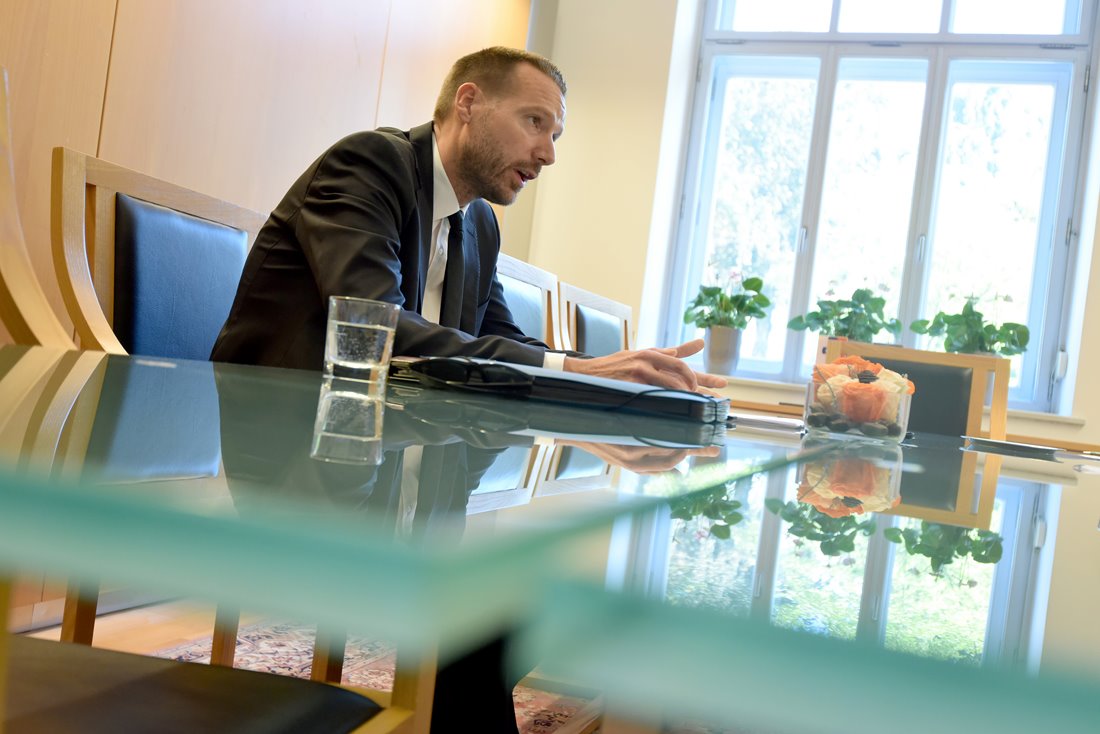 Ljubljana, 28 August – The 12th Bled Strategic Forum (BSF) will get under way next week to find answers to the New Reality of the ever changing world, Peter Grk, the BSF secretary general, has announced. “We need a joint deliberation on how to address this new reality,” he said in an interview for the STA.

“Things change really quickly and our perception changes along with them… History in a way repeats itself and the crises we face today, the regional conflicts, migrations, etc. are not that different than they were in the past. But our perceptions are,” he said.

“Because of digitalisation and globalisation, all things seem closer, more important, more part of our lives and our new reality,” added Grk. He pointed out that people were bombarded with thousands of pieces of unfiltered information every day without knowing whether they were reliable.

Panel debates at the forum will aim to highlight the topical issues in the international community: “This year’s BSF is very ambitious. It follows our goal – to become some sort of a regional Davos, where all key figures from politics, economy and the civil society come together in one place. We need a joint deliberation on how to address this new reality or better yet how to adjust to it and direct it.”

Among other things, a panel will be held on nuclear safety and another on “digital diplomacy”. According to Grk, the latter will deal with “tweeting in international relations – does it change the culture of communication between countries”.

A panel will also be hosted on fake news, “which is yet another topic that changes our perception of the world,” the BSF secretary-general pointed out.

According to him, the BSF is growing and becoming increasingly recognised in Europe and wider. This is reflected in one of the strongest turnouts in recent years with more than 1,000 participants already confirmed.

Among those scheduled to make an appearance are the new Serbian Prime Minister Ana Brnabić, 13 foreign ministers, including from all the countries of the Western Balkans and Turkey’s Mevlut Cavusoglu as well as Paul Richard Gallagher from the Vatican. Seven other ministers and the speaker of the Canadian House of Commons, Geoff Regan, are also expected in Bled.

Also announced are the arrivals of Lassina Zerbo, the director of Preparatory Commission for the Comprehensive Nuclear-Test-Ban Treaty Organization, and NATO Deputy Secretary General Rose Gottemoeller.

A strong showing is also coming from the EU, with European Commission Vice President Frans Timmermans and High Representative for Foreign Affairs and Security Policy Federica Mogherini scheduled to make an appearance.

“Their taking the time to come to Bled proves that the BSF is growing and that it is becoming a hub of international discussions,” Grk noted.

The future of the EU will also be high on the agenda as it is expected to become a matter of serious discussions after elections in Germany in September. According to Grk, recent elections have shown that populism and extremism are not the leading force in the EU.

“I believe that after the German election, we’ll start a serious discussion on where we’re going, what kind of EU do we want and how strong and sympathetic we will be together. Slovenia is a country that advocates, with other like-minded countries, an integrated, strong, sympathetic, transparent and democratic EU.”

As has become tradition, the BSF will be divided into three parts – the main part, Business BSF and Young BSF.

Young BSF, held at the weekend before the main part of the forum, will be held in Ljubljana. “We have a selection of interesting and ambitious youths, so I expect that this part of the forum will also put forward interesting proposals for the strategic deliberation of our common future,” Grk noted.

According to him, Business BSF, taking place on 5 September, will be “in line with the new reality”, focusing on innovations and what they mean for the way we live in the future.

The organisers dedicated Business BSF to innovations because they “believe the economy also plays an important role in what kind of a world we’ll live in”.

The Ministry of Foreign Affairs and the Centre for European Perspective (CEP), which organise the BSF, have turned to the ministries of public administration and defence, and the Government Communication Office as well as the AmCham and for the first time the German-Slovenian Chamber of Commerce for help organise Business BSF.

According to Grk, the BSF is growing every year and “plays an important role in strengthening the international reputation and in promoting Slovenia”.